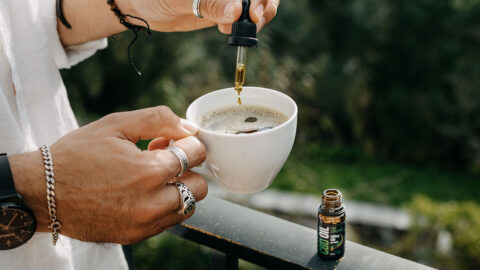 For the past few years, the CBD industry in both the UK and Europe has been growing at an unprecedented rate. Although the market, and knowledge in and around the industry, still stands slightly behind how rapidly things have moved in America – industries in the UK and Europe have still boomed, and continue to do so. In January 2019, a moment that you could also stamp as the period that CBD was moving firmly from the fringes of health foods and into the mainstream, the European Union officially listed CBD extracts and isolates under the Novel Foods act.

But like most things that fall through the echelons of bureaucracy, this legislation is essentially a paperwork task for CBD producers and manufacturers. That is to say, that this novel food ruling should in no way have impeded the product, sales, and consumption of CBD in the UK and the EU over the past couple of years.

The novel food act still very much allows for items listed as ‘novel foods’ to be sold, but they require an application and certification for their status.

It has been well known within the industry for quite some time that the novel food act was going to be implemented across countries in the EU as well as the UK. Some companies may have been hesitant when it came to the UK and questioned whether Brexit would impact this, i.e. would the European Commission still have ruling power.

So what do we know? Those in the industry should have known, for some time now, that the applications for Novel Food status must be submitted by the 31st of March. This is all manufacturers and producers of CBD. And the applications for novel food status are not granted per company, but rather per product, meaning that all products which are manufactured in the same way will only require one certificate. But a manufacturer may have to submit several applications if they produce a variety of products and product forms.

The information that certificates are granted due to the production process and not with the company name has a seismic impact on what this means for many sellers and resellers of CBD products. We’re going to explain this in greater depth in just a second.

But first, we feel, it’s crucial to address the uncertainty that the seemingly sudden imposition of the 31st of March deadline for novel food status application has created in and around the CBD industry. A feeling of panic has been cast across white label, private label and wholesale clients. There is palatable anxiety from these clients asking will their products be taken off the shelves? Will they be able to continue their business? Who is responsible for obtaining the correct certifications? And how do they stay up to date with the apparently constantly moving rules on legislation?

As everyone reading this should know, we are working in the industry of health and wellness, and a very substantial part of our mission is to help people find calm, naturally. So, what needs to be done? Instead of breeding panic, we – the custodians of the CBD industry – need to take some of our own medicine and calm down.

In terms of regulation, there has been a breakthrough this week for full-spectrum CBD as the EIHA (European Industrial Hemp Association) Novel Food Consortium passed an administrative check by the FSA (Food Standards Authority). The EIHA release the following statement:

“We are delighted to announce that both regular/full-spectrum and natural isolate products of EIHA consortium partners can remain for sale on the UK market, following both applications passing the key administrative check by the UK FSA.”

Moving forward, everyone (both suppliers and clients) needs clarity. And this means clarity at every step of the process in the supply chain. The greater the transparency, the more trust we can build in this industry, which will ultimately attract more customers, more clients, and much greater investment. If we continue to build in this way we can create more jobs, employ more people, and get our great products out into the world to even more people.

As long as the product which you are supplying is of good quality and abiding by the regulations and guidelines, you are fine – there is nothing to worry about and no good reason to panic. And an even less good reason to spread panic further down your supply chain! In this arena, the only ones who ought to be worrying are those cutting corners in their extraction and formulation process. This could look like a low-quality CBD extraction being used in products and a company that does not invoke independent third party laboratory testing, either because they simply don’t want to pay for it or because they have something to hide which would be revealed in the results.

So instead of viewing the need for this certification as a challenge, the industry should take it as a great opportunity to evolve and promote greater transparency amongst each other and a wider potential customer base. Like any new industry, the CBD market and those working in and around it, will need to stay on top of the latest education and political opinions as well as regulatory and legal requirements.

Stuart McKenzie, our Reakiro CEO, puts it quite simply:

“In my opinion, greater transparency to protect and educate the consumer will only be positive for the industry and allow it to truly flourish. The European CBD market is predicted to grow 400% in the next four years. Timing is everything and the time is now!”

If you’re a CBD manufacturer or supplier, this is your opportunity to remain calm and act like a leader. Promoting transparency along your supply chain, and communicating fully with white label, private label and wholesale customers about this piece of legislation and how this affects the company and sales of products will build a healthier trusting relationship and consequently a healthier business. 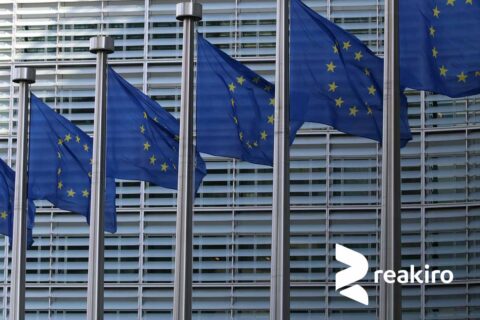 Working in the world of CBD in the European Union, you may often hear the term ‘novel food’ being used. Or perhaps you’ve never heard of this term, in which case reading this guide and article is essential. You may have wondered how CBD is classified, of course we know it’s a great plant-based supplement, but in terms of bureaucracy and paperwork – how is it officially referred to? It’s not a medical-grade drug, it’s not food or drink, and it’s not a chemical. In the EU there is a category known as ‘Novel Food’ and this is where CBD falls. We’re going to take a look into what it means to have novel food status, how to acquire it, and how this affects the production and sales of CBD for manufacturers and partners.

What is ‘Novel Food’?

The term Novel Food is classified by the European Commission as a way of defining food “that has not been consumed to a significant degree by humans in the EU before 15 May 1997,” which is when the first regulation on novel food came into action. This could be a newly developed food product, food produced using innovative technology, or even a food that is traditionally eaten in other parts of the world but not to a significant extent in the European Union. According to the Novel Food Catalogue (which lists products that have been classified as novel foods), a novel food can be of plant, animal, or another origin – essentially it could be anything consumable!

In January 2019, the European Commission officially listed CBD extracts and isolates under the Novel Foods act.

While the Novel Food Catalogue itself does not have explicit legal powers or status, it is used by the European Commission to inform decisions about new novel foods and the legislation on novel foods on the market. To put this into the context of CBD, CBD extract and isolate products have been legally classified as novel foods. This classification is an overarching umbrella for CBD in the European Union, it is then the individual decision of the member countries to legislate and regulate CBD within the realm of novel food. If you plan on doing business with other countries in the EU, be sure to check whether they have their own rules in terms of novel food legislation.

The UK’s position on CBD as a novel food

Obviously, everything right now that concerns the UK, the EU, and any kind of shared legislation – is causing a bit of a paperwork headache. Although the UK has officially left the EU, and we are currently in the transition period, the European Commission’s ruling on novel food status for CBD products will stand in place. However, this does not mean that businesses will continue as usual without any changes, all manufacturers and producers of CBD products are required to complete a Novel Foods application by the end of this month, 31 March.

Applications for novel food status are not granted one per company or manufacturer, but rather each product. For example, if a company was selling CBD oil, CBD capsules, and CBD gummies – they would be required to complete three separate applications. Meanwhile, if there were four different flavours of gummy, this would only require one certificate/one application as they are manufactured in the same way.

Without novel foods approval, companies risk having their products removed from shelves in both UK and EU markets.

What’s Reakiro’s position when it comes to novel food status?

In order to help our wholesale, private label, and white label partners to the best of our ability, Reakiro has joined the European Industrial Hemp Association’s (EIHA) Novel Food Consortium application. If you recall, previously we mentioned that a certificate was needed per product, but then that certificate would apply for all products manufactured in the same way.

The EIHA has formed a separate company – GmbH – which is responsible for managing members’ novel food applications and authorisation processes. This consortium is effective in ensuring that similar products on the market can benefit from the same application, therefore minimising the time and paperwork that individual companies have to spend to get the right certification.

Under the EIHA’s consortium system, the association will submit novel food applications for the following four categories of hemp extract:

CBD content in its final formulation can be up to 10% while the THC (tetrahydrocannabinol) must read below 0.2%

The EIHA have stated that in order to cover their members across the whole European market, including the UK, they “will submit two NF applications: one to the UK Food Safety Authority (FSA) for the British market, and the other to EFSA for the EU market.”

How does this help white label, private label, and wholesale Reakiro clients?

The EIHA will be issuing sublicenses to EIHA members and their partners in the consortium, and these sublicenses must be purchased in the next few weeks. There will be a more expensive licensing system for non-EIHA members.

After the consortium of EIHA members has been granted authorisation, the sublicenses which have been previously acquired can be activated. The sublicence acquirer (the CBD producer who is both an EIHA member and consortium partner) must handle these sublicenses.

Here’s what you can do to get a sublicense from Reakiro:

Applications for novel food licenses can take a significant amount of time to process and ultimately be approved, and this long time frame also applies to sublicenses. It’s vital that you speak to your supplier as soon as possible about your novel food status. Without the correct licensing and certification there is a sizeable risk that your CBD products could be removed from shelves in the UK and across the European Union.

The team at Reakiro are specialised in the area of novel food licences and certifications for white label, private label, and wholesale partners. Please do not hesitate to get in touch today so that we can discuss the next steps.